On May 25, 1942, by order of the People's Commissar of the Navy No. 108, Admiral N.G. Kuznetsov created the "School of Naval Jungs" with accommodation on the Solovetsky Islands. 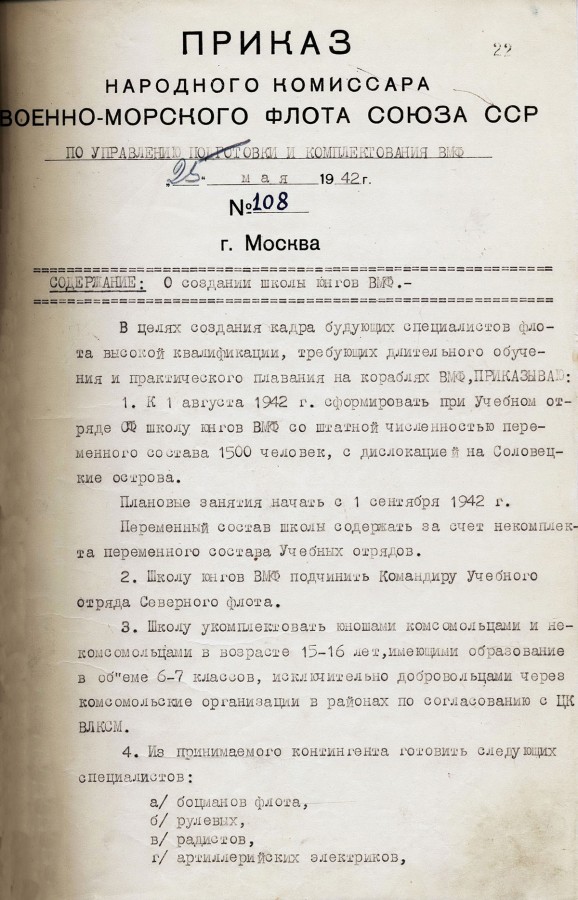 In 2022, the 80th anniversary of the "Solovetsky Jung School" will be celebrated. We at the factory could not ignore the "round date". Everything connected with the fleet is close to us. And the Solovkov cabin boys, the current veterans of the Great Patriotic War, who are very few left alive - they are all our relatives to a single one, just like for every Russian person. In memory of the heroic service in the navy of the boys, who in those years were barely 16-17 years old, about their courage in the face of the enemy, it was decided to dedicate two models of watches produced by our factory to the young men of the Navy who fought in the Great Patriotic War. 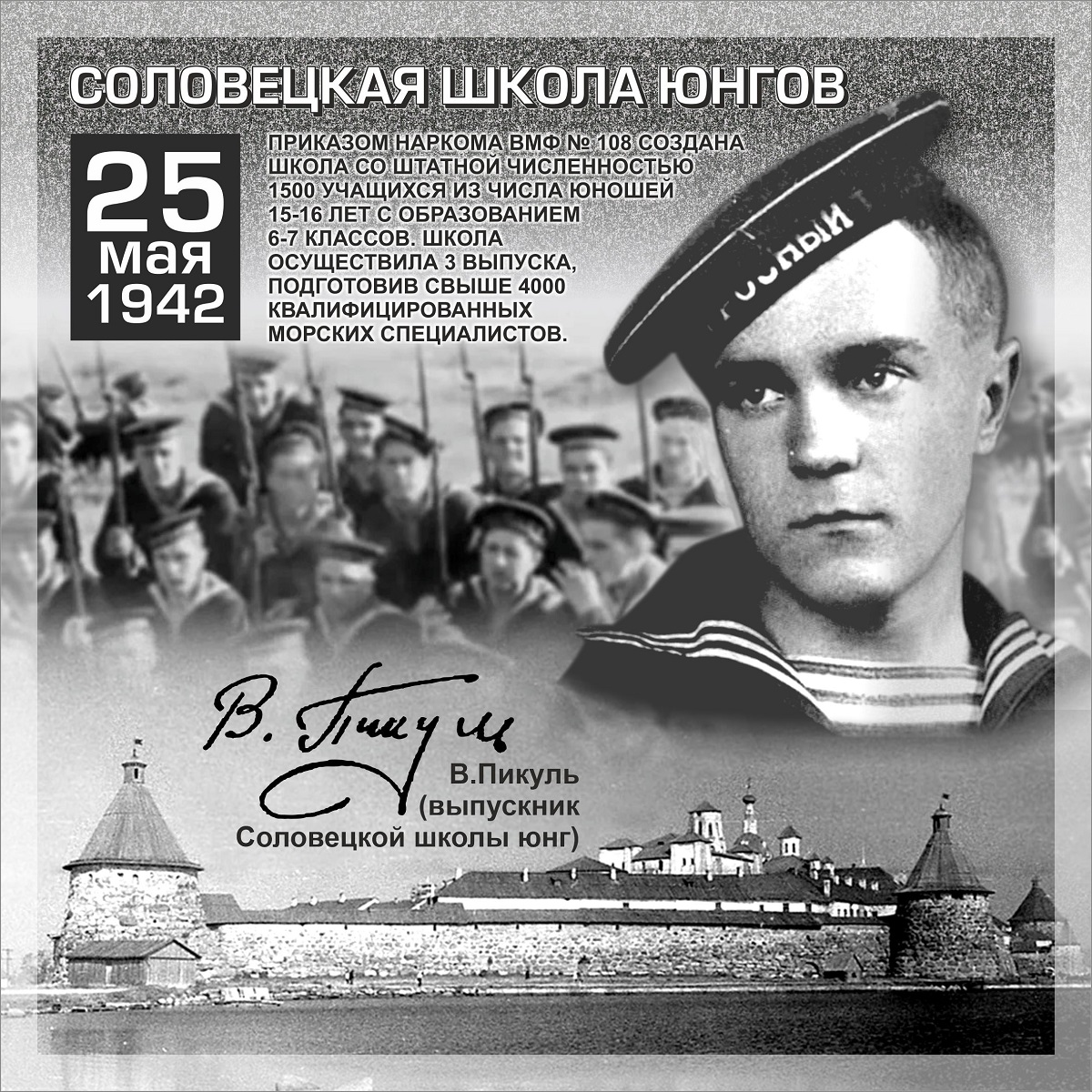 Valentin Pikul was chosen by us for the name of the watch, as one of the brightest representatives of the Solovetsky jung. Millions of readers learned about the Solovetsky school thanks to his story "Boys with bows". Thanks to his numerous works of art on the theme of the Navy, on the theme of the heroic history of the navy, more than one generation of professional sailors has grown up. Valentin Savvich also inspired us.

It was decided to use the portrait of V. Pikul at his young age - when he was just starting his studies and service in the navy. This is our memory of the "Solovetsky school of Naval Jungs".

Since May 2022, we have been adding a deck watch model with a portrait of Valentin Pikul on the dial to the permanent range. These watches will be relevant for a gift to sailors who have passed their "naval way", starting from a very young age - from nautical schools, from Jung schools.

Based on our flagship model of the 777 wristwatch, we are ready to offer the 777 watch. Valentin Pikul" with a portrait of the cabin boy V. Pikul on the dial. We will make these watches for everyone until the end of 2023. In 2023, a "round" date will be celebrated - 95 years since the birth of Valentin Savvich Pikul. Number of wristwatches in.The pickle will be limited to the total number of all 6MX "777" watch models in a gold-plated case. We have only 100 gold-plated cases and mechanisms designed for the "777" model. (This number includes the watch "777. Yaroslav the Wise"). 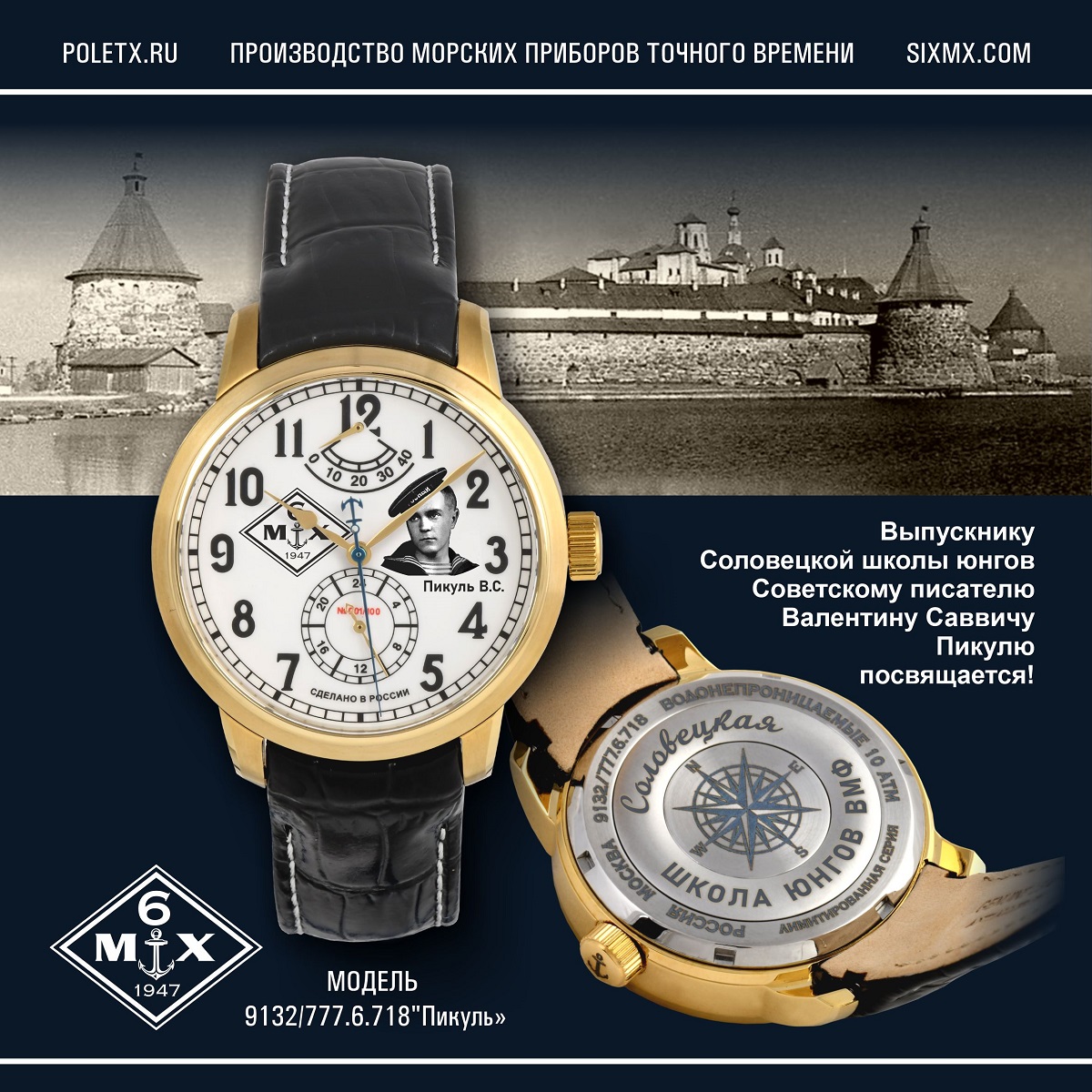 The dial is protected by a sapphire crystal with an anti-reflective coating. The leather belt has rigid inserts for a tight fit to the body. In the screw-down lid of the watch there is an insert in the form of a washer made of metal that used to be part of the ship.

Each watch is tested for the ability to withstand water pressure of 10 atmospheres. 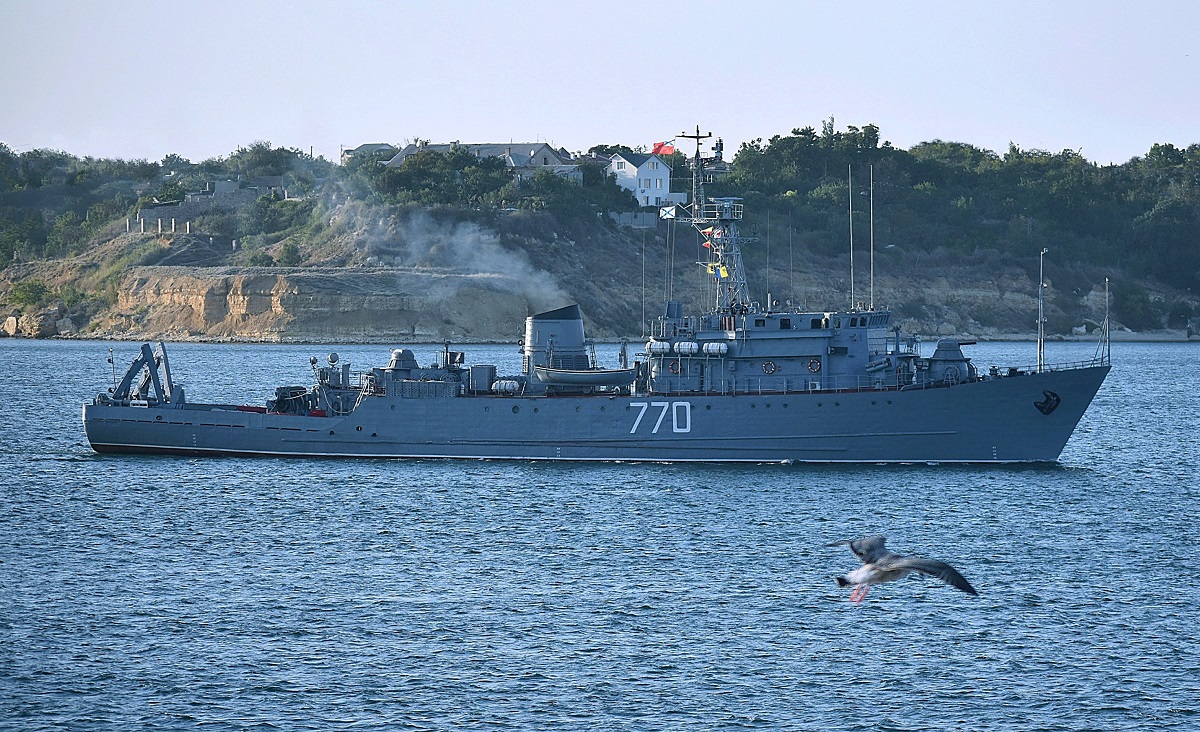 I would like to add to this publication that at the moment in the Black Sea Fleet the naval minesweeper "Valentin Pikul" (tail number 770) of the 266ME project is on duty and serves as the security of the wiring of ships and vessels. At the time of writing this article (April 2022), the crew of the ship is performing its direct combat missions in the Black Sea. And on board the minesweeper "Valentin Pikul" is a marine chronometer 6MX of our production.